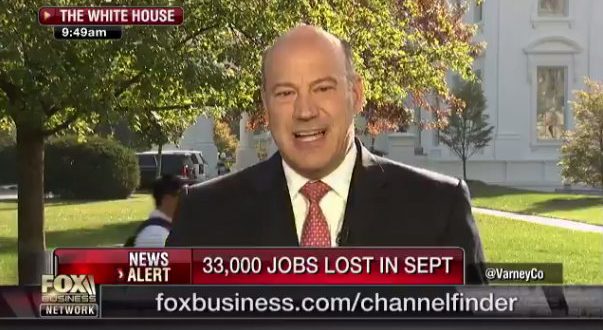 The US economy in September lost more jobs than it created for the first time in seven years. Amid the damage caused by the hurricanes Harvey and Irma, nonfarm payrolls fell by 33,000, the Labor Department said Friday in its monthly report.

Most of the losses occurred in the leisure-and-hospitality sector, where most employees can’t work remotely and are paid only if they show up. It shed 111,000 jobs, the most dating back to at least 1945. Employees who weren’t paid during the Labor Department’s survey week (of September 12) were not counted as employed.

Economists had expected the hurricanes to slow hiring but had a more bullish median forecast for an increase of 80,000 jobs. There were, however, three bright spots in September’s report: The unemployment rate fell to a new post-recession low, labor-force participation increased, and wages jumped.

The Bureau of Labor Statistics does not track jobs in Puerto Rico.

“We knew that we would have some relatively strange data… We’re very confident that jobs are coming back.” —Gary Cohn on #JobsReport pic.twitter.com/5kP1r1BVOz