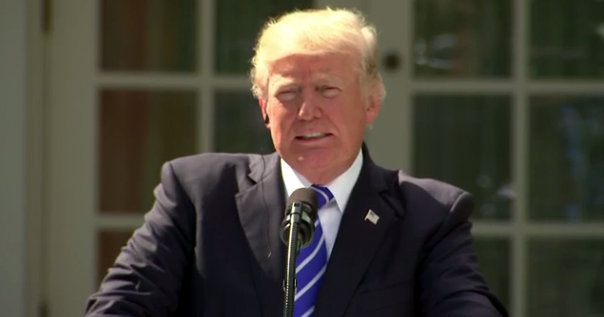 President Trump said Tuesday that the United States opposes an independence drive in the Spanish region of Catalonia, telling reporters that such secession would be “foolish.”

“I think Spain is a great country, and it should remain united,” Trump said during a news conference with the visiting Spanish Prime Minister Mariano Rajoy.

The president’s remarks mark a departure from the official position of the United States, which, as recently as Monday, was that a planned nonbinding Catalonia referendum Sunday to separate from Spain was an internal matter.

State Department spokeswoman Heather Nauert had said earlier this month that the United States took no position on the referendum. “We will let the government and the people there work it out, and we will work with whatever government or entity that comes out of it,” Nauert said.

Trump says #Catalonia should not vote for independence (after visit from PM Rajpy who may buy billions in F-35s) https://t.co/bLRmjfW730 #1o pic.twitter.com/XZmmvsa2l5