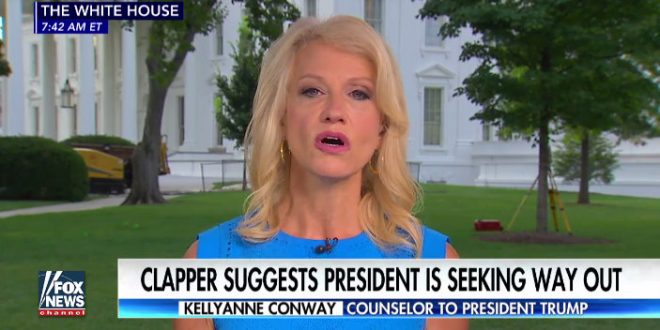 Clapper was one of numerous CNN pundits who tore into the president after his late-night rally speech in Phoenix on Tuesday. The Obama-era intel boss called the event “scary and disturbing.” On “Fox & Friends” Thursday morning, Conway called his attack “way over the line.”

“It’s such an absurd analysis playing armchair psychiatrist, and it’s not just him, it’s a lot of people on TV,” Conway said. She cited the “parade of pundits” who are “conjecturing” about the president. Clapper, who is now a CNN national security analyst, had questioned Trump’s “fitness to be in this office.”