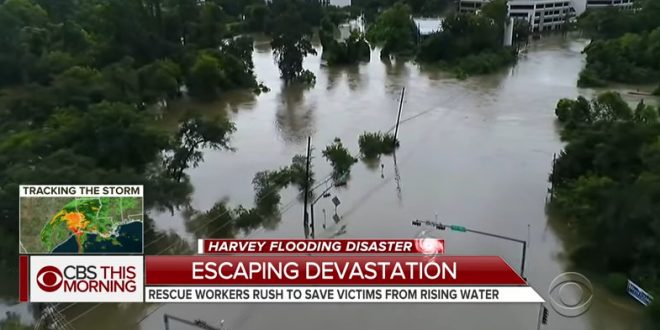 Tropical Storm Harvey is drifting back into the Gulf of Mexico and will meander near the upper Texas coast the next few days, bringing more torrential rainfall to the flooded Houston metro area, piling onto record-breaking, catastrophic flooding.

Localized storm total rain amounts of up to 50 inches are not out of the question once Harvey’s rain is finished later this week. This may end up being one of the worst flood disasters in U.S. history. As of early Monday morning, flash flood emergencies has remained in effect for 11 southeast Texas counties, according to the National Weather Service in Houston.

Through early Monday, parts of the southeast Houston metro area had received more than 30 inches of rain since Thursday evening. The average rainfall within the Harris County Emergency Management network has exceeded that of Tropical Storm Allison (2001) in almost half of the time (2 to 3 days versus 5 days).

Up to 40″ of rainfall have fallen NE of Houston with another 20″ possible before TS Harvey moves on. Listen to local emergency officials! https://t.co/yQVfl15R8E