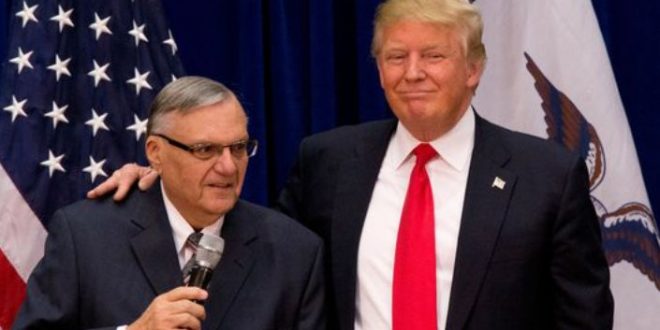 President Trump on Monday retweeted a post from a conservative journalist criticizing President Obama, incorrectly, of pardoning Chelsea Manning. Obama in January commuted Manning’s 35-year prison sentence in January, but did not grant a pardon.

The tweet was posted by Fox News contributor Katie Pavlich, who was responding to a tweet from former Obama national security adviser Ben Rhodes that was critical of Trump’s pardon Friday of Sheriff Joe Arpaio.

Rhodes wrote Friday that “Obama used his pardon and commutation power to give a second chance to people who deserved empathy, not racists who showed none.”