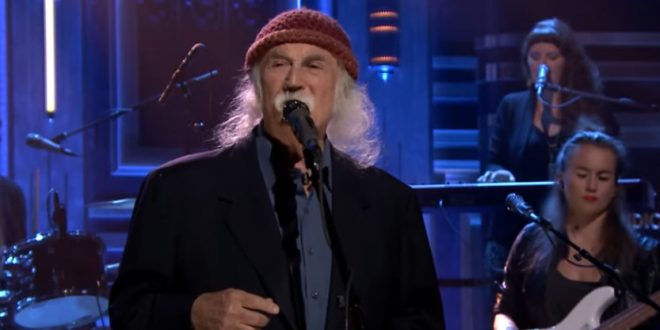 David Crosby To Ted Nugent: You’re Not In The Rock And Roll Hall Of Fame Because You Totally Suck

David Crosby says fellow rocker Ted Nugent has been kept out of the Rock and Roll Hall of Fame because he’s not good enough, not because of his politics.

Crosby responded to a fan’s question about whether political correctness kept Nugent out of the Hall by saying that Nugent “just isn’t good enough.” He also used an expletive to describe the “Cat Scratch Fever” singer.

Nugent told Albany, New York, radio station WQBK-FM last week he hasn’t been inducted into the Cleveland-based Rock and Roll Hall of Fame because of his support for gun rights and his membership on the National Rifle Association’s board of directors.

Crosby has been inducted twice as a member of The Byrds and Crosby, Stills, and Nash.