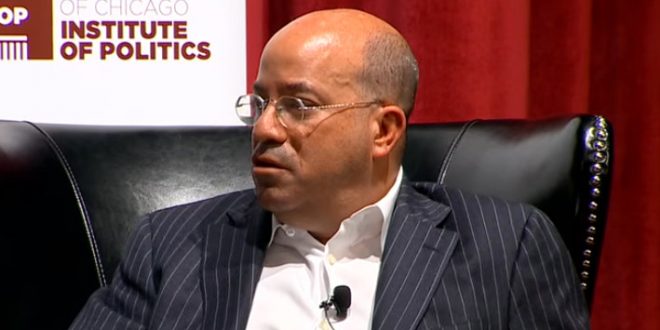 White House advisers have discussed a potential point of leverage over their adversary, a senior administration official said: a pending merger between CNN’s parent company, Time Warner, and AT&T. Mr. Trump’s Justice Department will decide whether to approve the merger, and while analysts say there is little to stop the deal from moving forward, the president’s animus toward CNN remains a wild card.

Mr. Zucker, who was ousted as chief executive of NBCUniversal after that company merged with Comcast, declined to comment on the pending deal, except to say that the merger had not affected his journalistic or management choices. “It’s not something I think about,” he said, adding that he had not discussed the proposed acquisition by AT&T with Jeffrey Bewkes, the chief executive of Time Warner.

One challenge Mr. Zucker has thought about: safety. The level of threats against CNN employees, he said, has spiked this year. Mr. Trump, he said, “has caused us to have to take steps that you wouldn’t think would be necessary because of the actions of the president of the United States.”

More from the Daily Caller:

The White House does not support the pending merger between CNN’s parent company Time Warner and AT&T if Jeff Zucker remains president of the CNN, a source familiar with President Trump’s thinking told The Daily Caller. TheDC’s source said that Zucker could be fired in order for the merger to go through. The CNN president told the Times that the merger is “not something I think about.”