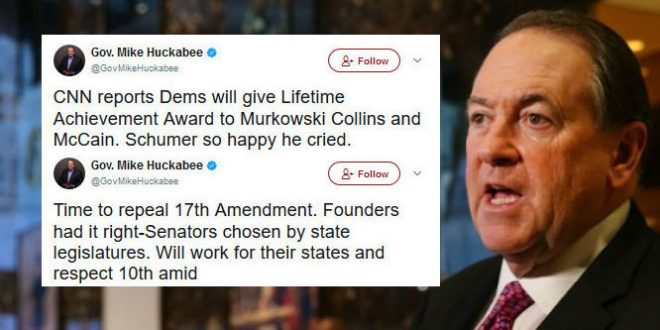 Mike Huckabee Has The Obamacare Sadz

CNN reports Dems will give Lifetime Achievement Award to Murkowski Collins and McCain. Schumer so happy he cried.

Time to repeal 17th Amendment. Founders had it right-Senators chosen by state legislatures. Will work for their states and respect 10th amid