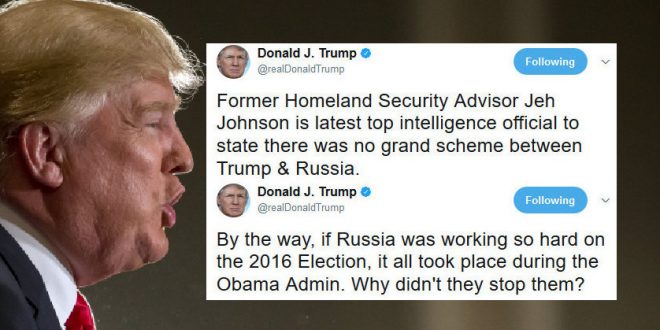 Jeh Johnson, the former Homeland Security chief, says he wasn’t aware that the FBI had opened a counterintelligence investigation into possible collusion between the Trump campaign and Russian officials. The top Democrat on the House Intelligence committee, Rep. Adam Schiff, asked Johnson if former FBI Director Jim Comey would have opened such an inquiry without an evidence for doing so. Johnson says Comey would not have made such a move lightly.

Fact check: Johnson said he wasn’t aware of the FBI probe, said Comey would not have opened a probe lightly https://t.co/PHBsIeqkG9 pic.twitter.com/zybgyXSawc

Jeh Johnson said yesterday Russian intrusion in the 2016 election is ‘a fact, plain and simple’. https://t.co/j58J8htqhe

For what it’s worth, Jeh Johnson was Homeland Security *Secretary*. https://t.co/JS7PIZejT9

UNRELATED: So this happened to me yesterday.