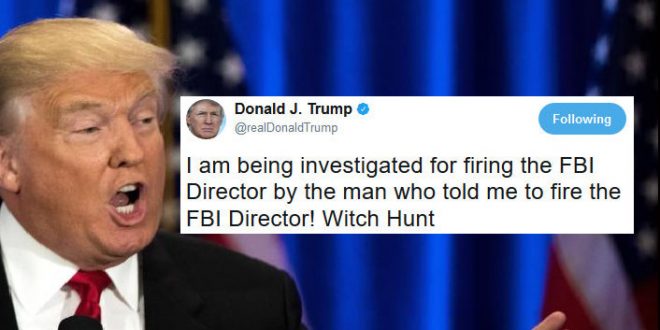 Trump Finally Admits He Is Being Investigated

News surfaced this week that Trump is being investigated for possible obstruction of justice after firing Comey last month. Former FBI Director Robert Mueller is the special counsel investigating the Trump campaign’s ties to Russia and overall Russian meddling in the 2016 election.

trump: 'I AM BEING INVESTIGATED" https://t.co/l7aeIqCkFQ

Do the "his tweets are a distraction! Don't cover them!" brigade plan to do same w his tweet confirming he's being investigated?

Previous Russia Claims They May Have Killed The Leader Of ISIS
Next Amazon To Purchase Whole Foods In $13.7B Deal