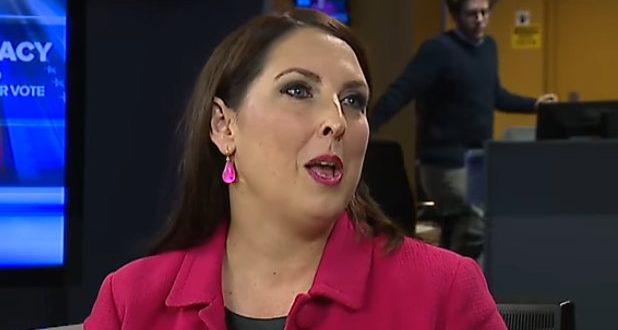 Republican National Committee (RNC) chairwoman Ronna Romney McDaniel told Breitbart News in an exclusive interview last week in her office on Capitol Hill that Republicans are preparing already for what they expect may be a landslide midterm electoral victory that sweeps in as many as 14 GOP pickups in the U.S. Senate and not only holds but strengthens the House GOP majority.

“On the Senate side, we have a great opportunity to expand our majority in the Senate. There are 10 states where President Trump won where we have Democrat incumbents and President Trump won by large margins in some of those states. We also have infrastructure in some of those states already. The RNC had a ground game in Michigan and Wisconsin and Pennsylvania. We need to be continuing to build on that infrastructure in these Senate races.

“We know the Democrats are rebuilding. We can turn out our vote. We need to be prepared to do that and continue to engage our voters so we can expand our majority in the Senate. On the House side, typically the party that has the White House loses the majority in the midterms—that’s been the historic trend. We want to buck that trend. We want to deliver for President Trump majorities in the House and the Senate so that he can govern.”

McDaniel is Mitt Romney’s niece and the former chair of the Michigan Republican Party. She ascended to her RNC post after Reince Priebus joined the Trump White House.