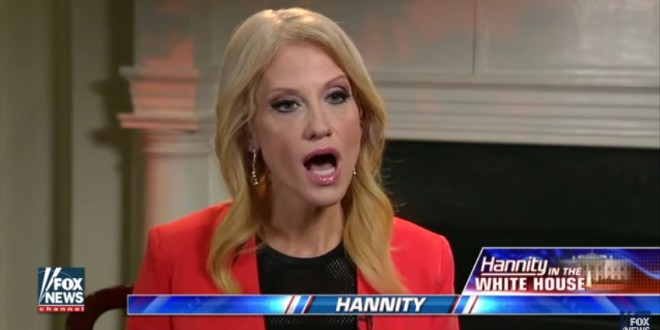 Roundly condemned and mocked for the comment (there has never been a terrorist massacre in Bowling Green), Conway tweeted Friday that she meant to say “Bowling Green terrorists” and had made an “honest mistake.” But in an interview with Cosmopolitan.com conducted by phone days earlier, on Sunday, Jan. 29, Conway used the same phrasing, claiming that President Barack Obama called for a temporary “ban on Iraqi refugees” after the “Bowling Green massacre.”

“He did, it’s a fact,” she said of Obama. “Why did he do that? He did that for exactly the same reasons. He did that because two Iraqi nationals came to this country, joined ISIS, traveled back to the Middle East to get trained and refine their terrorism skills, and come back here, and were the masterminds behind the Bowling Green massacre of taking innocent soldiers’ lives away.”

Previous Spicer: SNL Has Crossed Over From Funny To Mean
Next Wall Street Journal Questions Trump’s Claim That His SCOTUS Nominee Gave Legal Aid To Poor And Prisoners