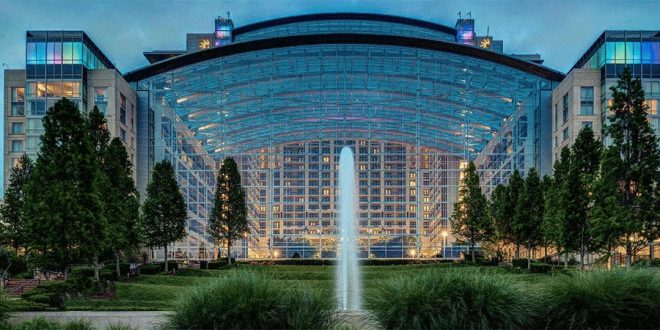 Attendees at a college recreation conference were greeted by a surprise Friday, when a manager for the convention center where their conference was being held came to their closing session and apologized for the inappropriate behavior of attendees at the Conservative Political Action Conference, which was meeting in the same space.

The National Intramural and Recreational Sports Association held its meeting at the Gaylord National Convention Center in Maryland last week, at the same time as the big annual gathering of conservative activists.

A Gaylord manager alluded to reports of harassment toward NIRSA attendees by CPAC attendees, saying they were out of line with the convention center’s values, according to multiple people who attended the NIRSA closing session. She also stressed the importance collegiate recreation had played in her own life, adding a personal touch to her comments.

Posts on social media and attendees who spoke with The Huffington Post referenced comments CPAC attendees made directed at members of the lesbian, gay, bisexual and transgender community and people who appeared to be Muslim, although these reports could not be independently verified.

The manager reportedly said that they’d never had problems with CPAC attendees in previous years. In other words, Trump.