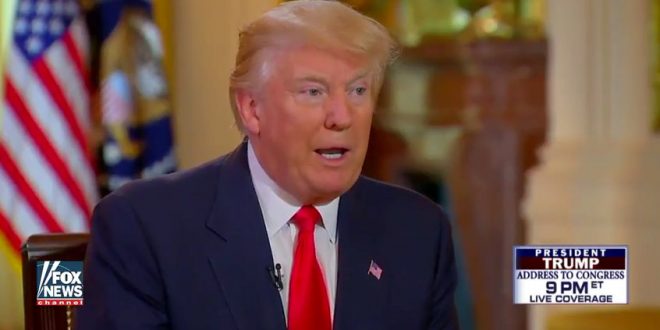 President Trump has been dismissing the protests against his presidency and demonstrations at congressional town hall meetings across the country as concocted by his political enemies. But now he has an alleged culprit: Barack Obama.

In an interview Monday with Fox News Channel, Trump said that he believes his predecessor is helping to organize the protests. “I think that President Obama is behind it because his people certainly are behind it,” Trump said. “In terms of him being behind things, that’s politics. It will probably continue.”