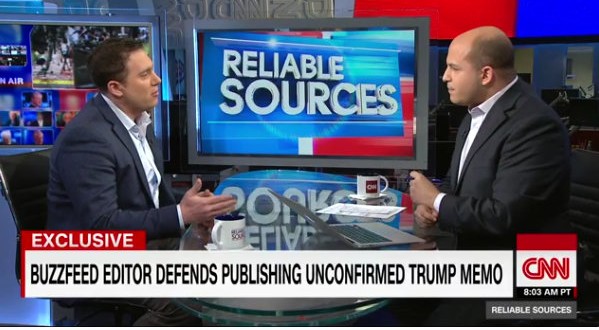 BuzzFeed’s editor in chief says his organization is “proud” of its decision to publish unverified memos alleging that Russian operatives have compromising personal and financial information about President-elect Donald Trump. “We thought that it was important, when you have a blanket claim like he was compromised by Russian intelligence, to share the details,” Ben Smith told CNN’s Brian Stelter on “Reliable Sources” on Sunday. “I think we are trying to best inform our audience, to be true to our audience, to treat our audience with respect.”

BuzzFeed’s decision sparked an intense debate within the journalism community about journalistic ethics and responsibility. A number of outlets, including CNN, had obtained the memos in recent weeks, but they had not published the memos or any specific details from them because the accuracy of the memos’ information could not be verified. After BuzzFeed’s publication of the memos, The New York Times added some of the allegations contained in them to its article on the subject.