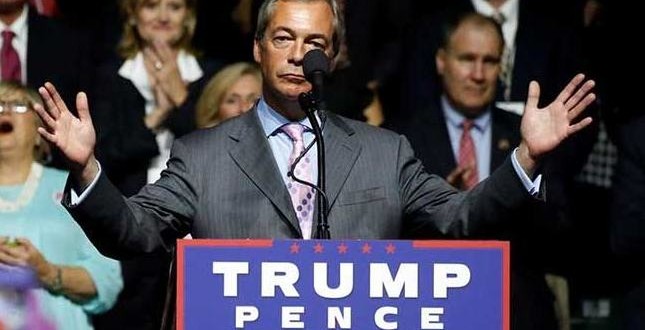 Leading Brexit campaigner Nigel Farage, who has said he wants to be a bridge between the British government and the new U.S. administration, will attend U.S. President-elect Donald Trump’s inauguration later this month.

Farage, who will attend the event as a guest of Mississippi Governor Phil Bryant, spoke at a Trump rally in Mississippi during the U.S. presidential campaign and was the first British politician to meet the president-elect after his victory, ahead of Prime Minister Theresa May.

Farage spent decades campaigning for Britain to leave the European Union and helped to force then Prime Minister David Cameron to call the June 2016 referendum that resulted in the Brexit vote. Trump has said Farage – the former leader of the United Kingdom Independence Party (UKIP) – would be great as Britain’s envoy to Washington, but the British government has dismissed the suggestion.

Previous Creationist Ken Ham: The Only Cause Of Death Is Sin
Next WND: Trump Got The Last Laugh Against Macy’s