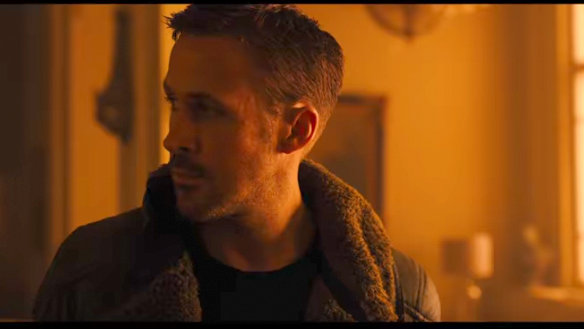 The Blade Runner sequel has been 30 years in the making, but now Harrison Ford is back as Rick Deckard, joined by Ryan Gosling, Robin Wright and Jared Leto! When Ridley Scott’s sci-fi epic Blade Runner about a man who hunted down android, humanoid replicas came out in 1982, it became an instant classic.

The trailer shows Ryan Gosling entering an abandoned mansion, and coming upon an armed Harrison Ford. “I had your job once,” Rick tells the newcomer. “I was good at it.” Although few plot details have been revealed, we can assume that Ryan Gosling is the new blade runner, and that he has in fact been sent to hunt down Rick himself.