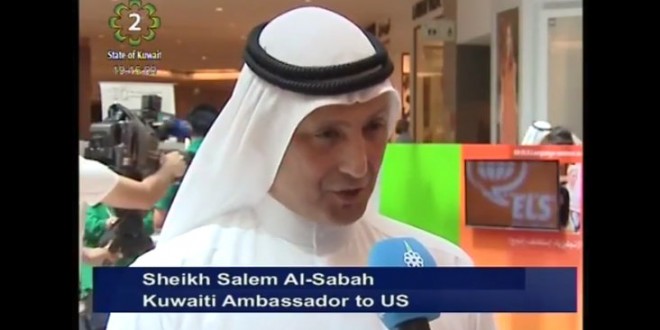 Kuwait’s ambassador to the United States is denying a report that he was pressured by associates of Donald Trump to host a major celebration at the president-elect’s hotel in Washington instead of its usual venue, the Four Seasons.

Salem Al-Sabah said he decided to schedule Kuwait’s National Day event on Feb. 25 at the Trump hotel because he’d heard good reviews about it and thought that it would draw more guests.

“We were not under any pressure. Nobody contacted us whatsoever,” Al-Sabah said. “I just thought ‘It’s a new venue, it’s been in the news. … The novelty of the venue would encourage people — that was first on my mind.”

Regardless of Kuwait’s intentions, the report is just the latest to raise questions about foreign diplomats holding gatherings at Trump properties and whether there are potential conflicts of interest for the president-elect and his businesses. Bahrain, for instance, held its national day celebrations at Trump’s D.C. hotel.

Al-Salah claims he only had a “save the date” agreement with the Four Seasons and not a formal contract as was reported by Think Progress yesterday. Yeah.