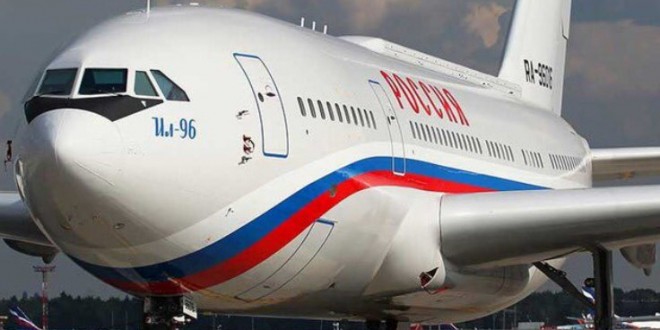 Apparently they are disregarding Wikileaks’ advice to hole-up in their compound until Trump is sworn in. The Daily Mail reports:

The Russian government will send a plane to ferry its diplomats out of the U.S., after President Obama expelled them in a new round of sanctions against the country for its alleged meddling in the presidential election. On Thursday, the president labeled 35 Russian diplomats from the country’s embassy in Washington, DC and consulate in San Francisco ‘persona non grata’ – giving them 72 hours to get out of the country. Previous reports stated that some of the diplomats were having a hard time booking travel out of the U.S. at the last minute and during the holiday season.

Russian officials are addressing the issue by sending a plane to the U.S. to pick up these expelled diplomats and their families, ensuring they are out of the country by Obama’s New Year’s Day deadline, the Kremlin announced Friday. ‘For diplomats and their families to leave the United States, an aircraft of the Rossiya Special Flight Squadron of the Russian Presidential Property Management Directorate will be sent to the US,’ the press release read.

In their announcement on Twitter, the Kremlin included a picture of the Rossiya Special Flight Squadron aircraft that will be sent to the U.S. Rossiya Airlines is a subsidiary of Aeroflot – a 51 per cent state-owned air transportation company. As he ordered the airlift, Putin also mocked Obama by declining to carry out tit-for-tat expulsions of U.S. diplomats and instead inviting their children to a holiday party at the Kremlin – as well as saying he would wait for Donald Trump to become president before deciding what to do next.

For 🇷🇺diplomats and their families to leave the US, an aircraft of the Rossiya Special Flight Squadron will be sent to the US pic.twitter.com/XJVixx1Am0