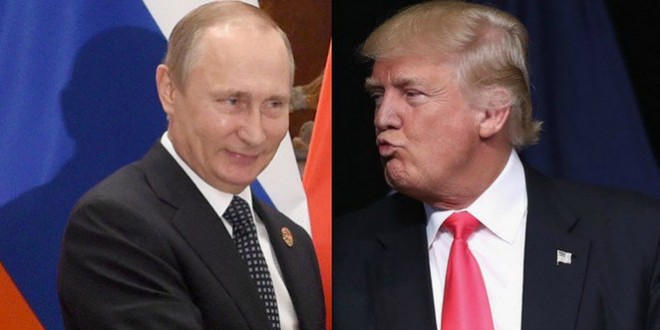 Putin Snubs Obama In Holiday Message To World Leaders, But Sends Greetings To Trump And Bushes

A day after the White House issued sanctions against Russia over its alleged election meddling, Russian President Vladimir Putin extended holiday greetings to a slew of his counterparts around the world – but snubbed President Barack Obama in favor of President-elect Donald Trump. Posted Friday to the Kremlin’s website, the greetings included messages to dozens of heads of state and government – including Canada, China, France, Germany, Great Britain, Israel, Japan and even Turkey, which the news release noted Russia has had a “difficult period in relations” with. In addition to Trump, Putin also extended greetings to former Presidents George W. and George H.W. Bush. But not Obama.

The Kremlin has posted the full list of messages to each world leader. Here’s the bit about Trump:

Vladimir Putin congratulated US President-elect Donald Trump on Christmas and the New Year. In his message of greetings, the Russian President expressed hope that after Donald Trump is sworn in as US president, the two states, acting in a constructive and pragmatic manner, will be able to take real steps to restore the mechanisms of bilateral cooperation in various areas and take their interaction in the international arena to a whole new level. “Major global and regional challenges that our countries have confronted in recent years clearly confirm that Russia-US relations are an important factor in ensuring stability and security in the modern world,” reads the message sent to Donald Trump.