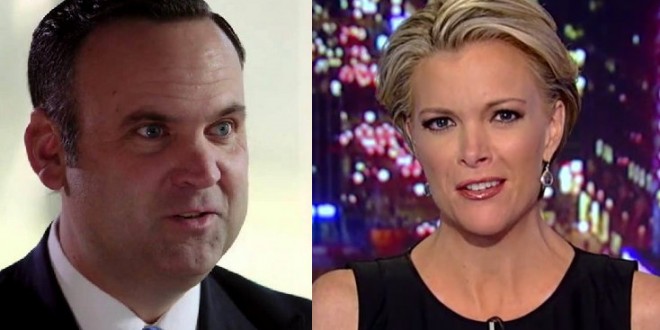 “The vast majority of Donald Trump supporters are not at all this way,” Kelly told an audience in Washington. “It’s that far corner of the internet that really enjoys nastiness and threats and unfortunately there is a man who works for Donald Trump whose job it is to stir these people up and that man needs to stop doing that. His name is Dan Scavino.”

Scavino was director of social media for Trump’s bitterly divisive election campaign. He is devoutly loyal to the billionaire businessman who reportedly first spotted him as a 16-year-old cleaning golf clubs, got him to caddie and eventually promoted him to general manager at one of his courses. Now in his 40s, Scavino has speculated that he might become the White House photographer or run its Twitter account.

He and Kelly have clashed in public before. In October, after a heated exchange between the presenter and Trump ally Newt Gingrich, Scavino issued an ominous tweet: “Megyn Kelly made a total fool out of herself tonight – attacking Donald Trump. Watch what happens to her after this election is over.”

As you can see, Scavino can’t handle any criticism aimed at him.