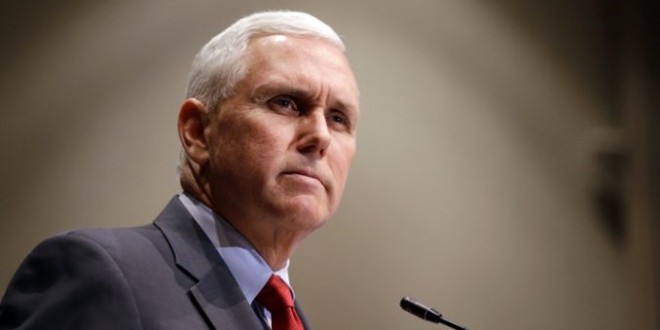 Lobbyists are being purged from official roles in President-elect Donald Trump’s transition team, sources told Fox News late Tuesday. The move to get rid of lobbyists in key roles was one of the first decisions made by Vice President-elect Mike Pence in his role overseeing the construction of a Trump administration.

One source said the decision to remove the lobbyists “makes good on [Trump’s] vision of how he wants his government constructed.” Tuesday evening, Pence formally signed a memorandum of understanding putting him in charge of the transition team. A similar document had been signed by New Jersey Gov. Chris Christie, who spent months running transition operations before his demotion last week.

Pence ignored questions from reporters Tuesday, both as he entered Trump Tower with a thick binder tucked under his arm, and as he left six hours later. A person familiar with the transition efforts told AP different factions in Trump’s team “are fighting for power.”

“That organization right now is not designed to work,” according to the person close to the efforts, who like others involved in the transition, insisted on anonymity because they were not authorized to publicly discuss the internal process.

Previous Russia Withdraws From International Criminal Court
Next NSA Director Michael Rogers: Never Doubt That The Election Was Sabotaged By A Foreign Government