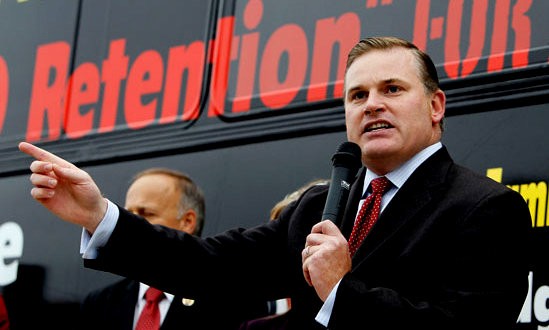 Brian Brown Has The Trump Sadz

Though we are hopeful about the good that can be done in the coming administration, we all must make clear that we will never accept the legitimacy of the Obergefell decision. I ask you to take a moment today to join thousands of others across the country who are making clear the truth that Obergefell is #notsettled law, by clicking on the link below.

President-elect Trump pledged to the American people throughout the campaign, including in the pivotal third debate, that he would appoint justices to the Supreme Court who “will interpret the constitution the way the founders wanted it interpreted…that’s very important…I don’t think we should have justices appointed that decide what they want to hear.”

If the President–elect follows through on his commitment to appoint justices in the mold of Antonin Scalia, people who ‘will interpret the constitution the way the founders wanted it interpreted’ then the Supreme Court will reverse the Obergefell decision. That is because, as Justice Scalia and all those in the dissent said there is no constitutional support for the Obergefell ruling.