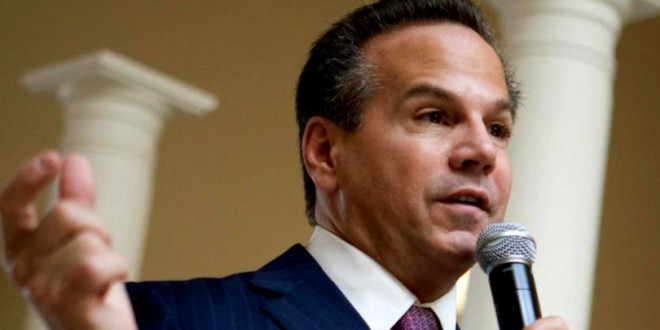 From the letter to Trump being circulated today by openly gay US House Rep. David Cicilline:

Dear President-elect Trump: Immediately following your victory, many Americans were optimistic and hopeful that you would take the steps necessary to unify our country following the divisive and contentious election. In your election night speech you said, “Now it’s time for America to bind the wounds of division. It is time for us to come together as one united people.” Unfortunately, your appointment of Stephen Bannon, whose ties to the White Nationalist movement have been well-documented, directly undermines your ability to unite the country. As elected representatives of millions of Americans from diverse backgrounds, religions, and ethnicities, we strongly urge you to reconsider your decision to appoint Mr. Bannon to White House Chief Strategist.

Since the election there have been a number of incidents across the country in which minorities, including Muslim Americans, African Americans, Hispanic Americans, and Jewish Americans, have been the targets of violence, harassment and intimidation. Mr. Bannon’s appointment sends the wrong message to people who have engaged in those types of activities, indicating that they will not only be tolerated, but endorsed by your Administration. Millions of Americans have expressed fear and concern about how they will be treated by the Trump Administration and your appointment of Mr. Bannon only exacerbates and validates their concerns.

As the Executive Chairman of Breitbart News, Mr. Bannon repeatedly and aggressively pushed stories that promote anti-Semitism, xenophobia, and racism. During an interview last summer, Mr. Bannon bragged that Breitbart was “the platform for the alt-right,” a movement that upholds White Nationalism while strongly rejecting diversity in any form. Under Mr. Bannon’s leadership, Breitbart has referred to a leading Republican who opposed your election as a “Renegade Jew,” suggested “Young Muslims in the West are a ticking time bomb,” declared that the “Confederate flag proclaims a glorious heritage,” and praised the alt-right as a “smarter” version of “old-school racist skinheads.”

We strongly believe that Mr. Bannon’s appointment will not allow the country to heal and come together as one. As one of your top advisors, the White House chief strategist will help set the tone for your administration. The person in this role must be prepared to serve the interests of all Americans, not those of a select few. Once again, we strongly urge you to rescind this appointment immediately and build a diverse White House staff who are committed to the core American values of inclusiveness, diversity and tolerance.

On his Facebook page, Cicilline reports that over 120 House members have signed the letter. It will be interesting to see that list.

Previous Brian Brown Has The Trump Sadz
Next DRAIN THE SWAMP: Ivanka Trump Pitches Nation To Buy The $10,000 Bracelet She Wore On 60 Minutes