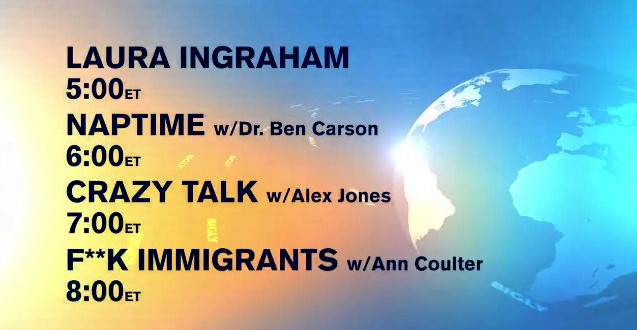 You MUST watch this. David Badash writes at New Civil Rights Movement:

One of the top conservatives leading the #NeverTrump movement has posted a video mocking the Republican presidential candidate’s rumored next business venture should he lose the White House: Trump TV. Monday morning the Financial Times published a report indicating Trump’s son-in-law had spoken with one of the top investment bankers responsible for putting together media mergers. Ben Howe, an editor at the conservative site RedState who has raised over $25,000 via a GoFundMe campaign to direct and produce an anti-Trump film called “The Sociopath,” posted this hilarious “ad” mocking what Trump TV might look like to Twitter.

On the news of Trump TV talks being underway behind the scenes, a reminder of what you’ll get. pic.twitter.com/GW4BZlGQEw