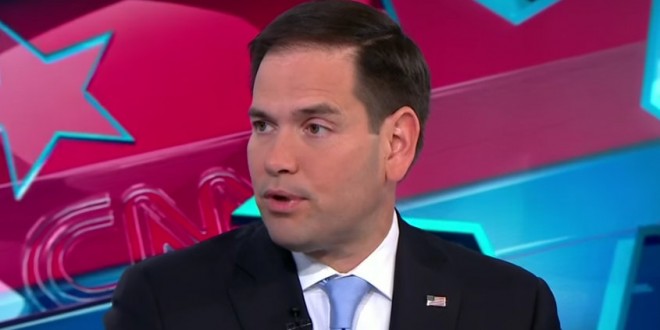 Marco Rubio On Wikileaks: I Refuse To Discuss This Attempt By Foreigners To Interfere With The Election

Sen. Marco Rubio tells ABC News Republicans are making a mistake by jumping on allegedly hacked emails released by Wikileaks to criticize Hillary Clinton. In fact, he says he won’t talk about the hacked emails at all.

“As our intelligence agencies have said, these leaks are an effort by a foreign government to interfere with our electoral process and I will not indulge it,” Rubio tells ABC news. “Further, I want to warn my fellow Republicans who may want to capitalize politically on these leaks: Today it is the Democrats. Tomorrow it could be us.”

Rubio’s stand puts him directly at odds with Donald Trump and the Republican National Committee, which have been relentlessly hammering Hillary Clinton and her campaign over the contents of the hacked emails. “I will not discuss any issue that has become public solely on the basis of Wikileaks,” Rubio tells ABC news.