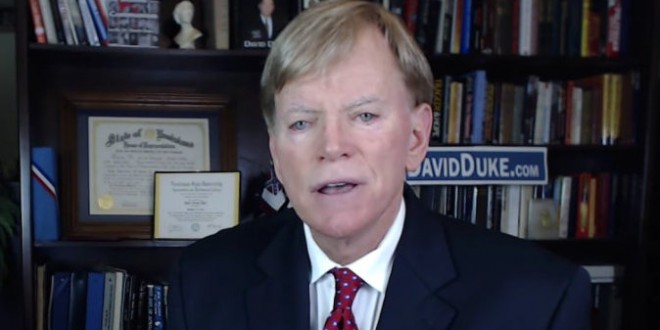 John Kennedy and Foster Campbell lead the field in the race to qualify for the U.S. Senate runoff less than three weeks before Election Day, an independent poll showed Thursday.

But the biggest news from the poll by Raycom Media may be that David Duke scored just high enough to qualify for the final televised debate during the Senate primary, to be held on Nov. 2 at Dillard University in New Orleans.

“That’s amazing,” Duke said when he learned that he will be invited to participate in the debate, which will be held at the historically black university. He said he planned to attend but expressed concerns about security.

“Dillard is pretty supportive of Black Lives Matter, and I’ve been pretty critical of them,” Duke said. Vicki Zimmerman, the regional news director for Raycom, said she doesn’t expect Duke’s presence to cause security issues.

Kennedy, the Republican state treasurer, had 24.2 percent while Campbell, a Democratic member of the Public Service Commission, received 18.9 percent, in a poll taken for Raycom by Mason-Dixon Polling & Research.