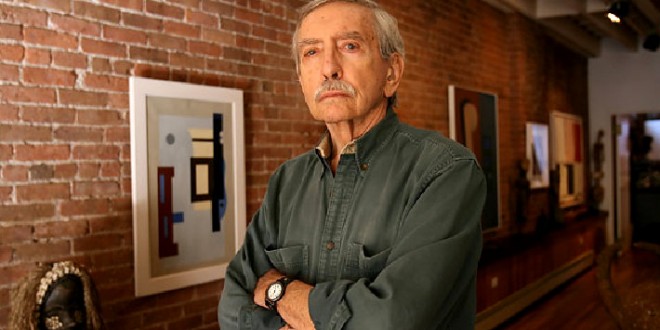 Edward Albee, widely considered the foremost American playwright of his generation, whose psychologically astute and piercing dramas explored the contentiousness of intimacy, the gap between self-delusion and truth and the roiling desperation beneath the facade of contemporary life, died Friday at his home in Montauk, N.Y. He was 88. His personal assistant, Jakob Holder, confirmed the death. Mr. Holder said he had died after a short illness.

Mr. Albee’s career began after the death of Eugene O’Neill and after Arthur Miller and Tennessee Williams had produced most of their best-known plays.From them he inherited the torch of American drama, carrying it through the era of Tony Kushner and “Angels in America” and into the 21st century.

In 1962, Mr. Albee’s Broadway debut, “Who’s Afraid of Virginia Woolf?”, the famously scabrous portrait of a withered marriage, won a Tony Award for best play, ran for more than a year and half and enthralled and shocked theatergoers with its depiction of stifling academia and of a couple whose relationship has been corroded by dashed hopes, wounding recriminations and drink.

Albee was a three-time winner of the Pulitzer Prize for drama. In 1963 he won the Tony Award with Who’s Afraid Of Virginia Woolf? and he repeated that feat 39 years later with 2002’s The Goat, Or Who Is Sylvia? His longtime partner, sculptor Jonathan Thomas, died in 2005.

Previous Trump: Hillary’s Bodyguards Should Be Disarmed And Then “Lets See What Happens To Her” [VIDEO]
Next Pentatonix & Dolly Parton – Jolene [VIDEO]