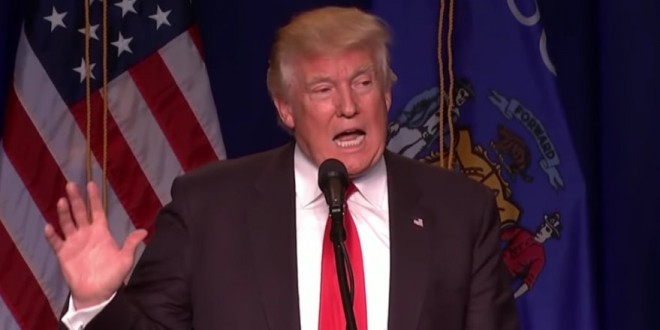 50 Top GOP Officials Issue Security Warning: Donald Trump Would Be The Most Reckless President In History

Fifty of the nation’s most senior Republican national security officials, many of them former top aides or cabinet members for President George W. Bush, have signed a letter declaring that Donald J. Trump “lacks the character, values and experience” to be president and “would put at risk our country’s national security and well-being.”

Mr. Trump, the officials warn, “would be the most reckless president in American history.”

The letter says Mr. Trump would weaken the United States’ moral authority and questions his knowledge of and belief in the Constitution. It says he has “demonstrated repeatedly that he has little understanding” of the nation’s “vital national interests, its complex diplomatic challenges, its indispensable alliances and the democratic values” on which American policy should be based. And it laments that “Mr. Trump has shown no interest in educating himself.”

“None of us will vote for Donald Trump,” the letter states, though it notes later that many Americans “have doubts about Hillary Clinton, as do many of us.”