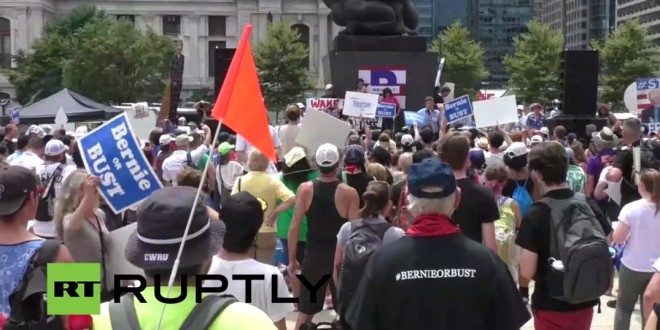 Only 11 Arrests In Total At Democratic Convention

As we were impressed that only 24 were arrested at the RNC. CBS Philadelphia reports:

Bernie Sanders’ devoted followers were careful to pick up after themselves and wore hats embroidered with a dove to remind everyone to remain peaceful. And the police, instead of hauling demonstrators off to jail, issued them $50 tickets for disorderly conduct and released them with a complimentary bottle of water.

As the Democratic National Convention drew toward a close Thursday afternoon, Philadelphia police reported making a four-day total of only 11 arrests, and police and protesters alike were credited with showing restraint and courtesy.

The rallies and marches that some feared would result in violence and mass disruptions instead brought a festival-like atmosphere at times to City Hall and Broad Street.

“I’m very happy so far with everyone,” Police Commissioner Richard Ross said. He said his officers “took pride in what they did all week. Very patient, tolerant and courteous is what I was hearing from a lot of people.”

The ACLU is crediting the police for their “hands-off” policy during the demonstrations.