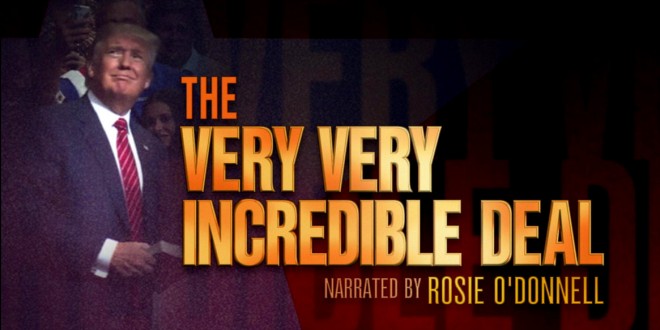 The Daily Show went live Thursday night following Donald Trump’s lie-filled speech from the Republican National Convention in Cleveland. And while it was refreshing to see host Trevor Noah respond so quickly to the nominee’s remarks, it was a taped piece that ended up stealing the show.

Following his opening segment, Noah introduced a full-on parody of the biographical film that preceded Trump’s speech, narrated not by Jon Voight, but instead by the one woman the candidate hates more than Megyn Kelly: Rosie O’Donnell. Following a false start marred by technical glitches, the show presented the full film in all its glory.