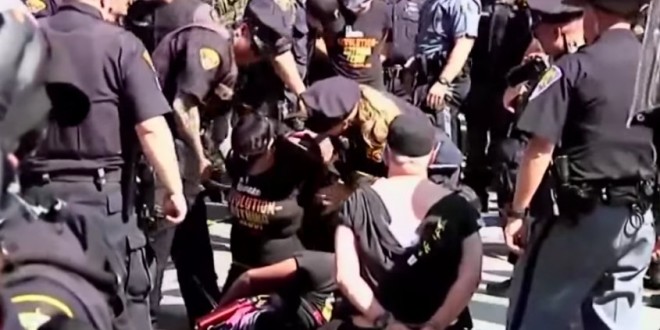 We had all feared so much worse. The Associated Press reports:

Cleveland breathed a sigh of relief as the Republican convention concluded with two dozen arrests over four days thanks to a massive police presence and protesters’ own concerns for their safety.

City officials and police who braced for mass disruptions and violence during this summer of bloodshed struck a confident note as the convention wrapped up Thursday.

The demonstrations that many feared would end in pitched battles between police and protesters turned at times into carnival-like scenes, with bongo players and with protesters dressed as nuns on stilts.

There were tense moments and some angry words as anarchists, anti-Muslim protesters and pro-capitalist groups filled the downtown Public Square, but most people seemed to get along.