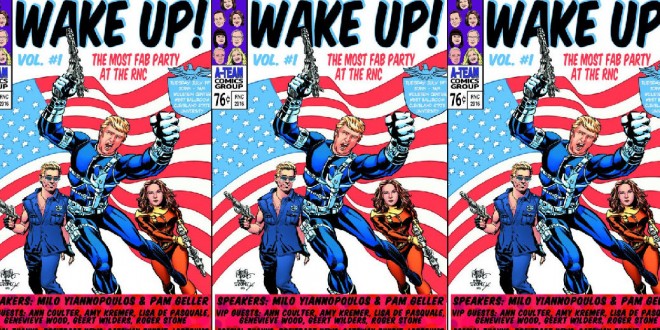 Today, a group of gay Republicans and supporters announced that they are hosting a party at the GOP convention called “Wake Up.” The party will occur at the Wolstein Center Ballroom on the campus of Cleveland State University from 10 PM to 1 AM on Tuesday July 19th.

The party is headlined by Milo Yiannopoulos, the outspoken gay conservative, and Pam Geller, one of the leading voices opposing the spread of radical Islam. Other VIP guests include Geert Wilders, leader of the Dutch Party for Freedom, conservative author Ann Coulter, Tea Party leader Amy Kremer, long-time Trump loyalist and political consultant Roger Stone, among others.

“We have a message for America and the LGBT community,” said Chris Barron, former co-founder of GOProud, current head of LGBTrump, and an organizer of the event. “Radical Islam is the number one gay rights issue in the world, and Donald Trump is the only candidate taking this threat seriously.”

“LGBT Americans need to wake up — this election isn’t about bathrooms or who will bake our wedding cakes. This election is about life or death,” continued Barron. “It’s about confronting an ideology that seeks to exterminate LGBT people across the globe.”

“The Islamic terrorists will not win. We will not be cowed by them. Our party will not only raise awareness, but we will do so while enjoying great music, strong drinks, and a crowd that accepts LGBT people,” continued Barron. “We will be happily violating many aspects of Sharia law.”

The party takes places as LGBT voters are beginning to give Donald Trump a second look following the Orlando shooting. A Reuters poll earlier this month showed 20% support for Trump among registered LGBT voters, up from 14% in June.

In the past both Geller and Wilders have been banned from entering Britain as “undesirable persons.” Wilders successfully appealed his banning in 2009. Roger Stone has been banned from appearing on CNN and MSNBC for his long history of racist tweets and Facebook posts. Stone has also called for Bernie Sanders to be “arrested for treason and shot” and for Hillary Clinton to be “executed for murder.” Registration for the party is here.