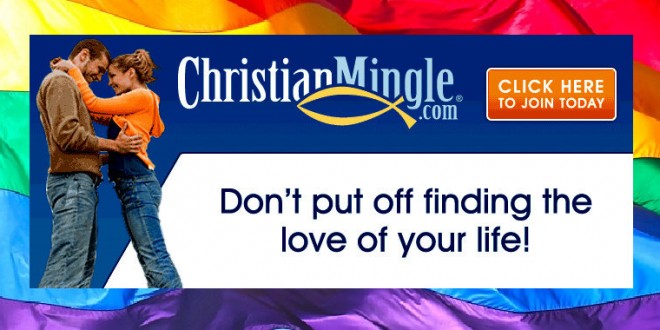 The owner of online dating site ChristianMingle.com has agreed to let gay and lesbian users search for same-sex matches under a judge-approved settlement of discrimination claims.

Two gay men filed class-actions claims against Spark Networks Inc. in California courts in 2013 alleging that ChristianMingle.com and several other sites in the company’s portfolio of niche dating services excluded users looking to meet singles of the same sex.

ChristianMingle, billed as the largest online community for Christian singles, required new users to specify whether they’re a man seeking a woman or a woman seeking a man. The lead plaintiffs, two gay men who tried using it, claimed that the limited options violated California’s anti-discrimination law.

Known as the Unruh Civil Rights Act, the state law requires “business establishments” to offer “full and equal accommodations” to people regardless of their sexual orientation.

Under the agreement, the gateway homepages now ask just whether a user is a “man” or a “woman.” Spark Networks agreed that within two years, it would adjust other searching and profile features to give gay and lesbian singles a more tailored experience.