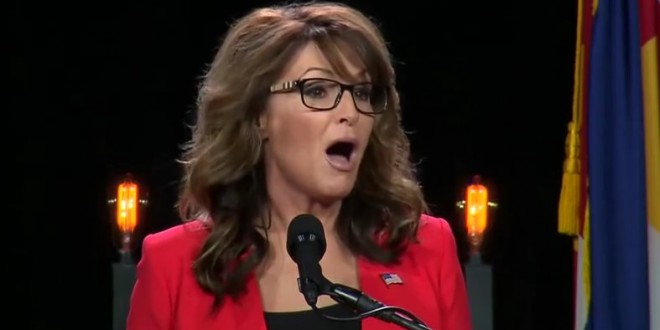 Former future Vice President and current Donald Trump-backer Sarah Palin was at her verbal slap-chopping best Friday afternoon as she appeared at the Western Conservative Summit in Denver, Colorado to stump for the real estate mogul. The former Alaska governor showed true frontier resourcefulness when she decided to just use made-up words when she ran out of real ones to toss into her word salad. Palin described her panel with James Carville at last weekend’s Politicon this way: “I told them, you know, it’s really funny to me to see the splodey heads keep sploding over this movement.”

Palin went on to slam intolerant liberals for calling out Donald Trump’s overt racism.