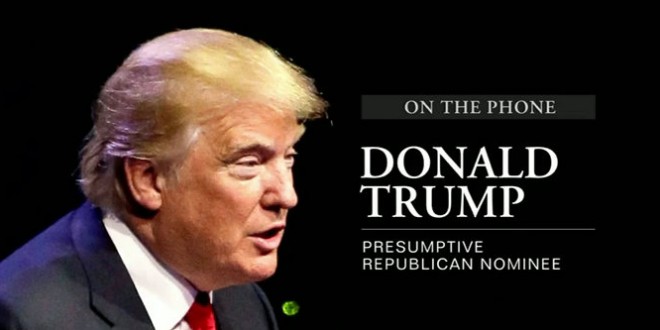 As the Orlando Shooting keeps the political debate glued to Islamic terror, Donald Trump suggested that racial profiling is a necessary surveillance measure to prevent mass shootings in the future.

Speaking with John Dickerson on Face the Nation, Trump fielded questions regarding how the shooter was able to purchase his weapons under current gun laws despite his personal record and formerly being under FBI notice.

Trump has been doubling down on his hard line on terror lately, and he again argued that potential terrorists don’t get called out due to political correctness and Muslims who don’t report red flags in their community.