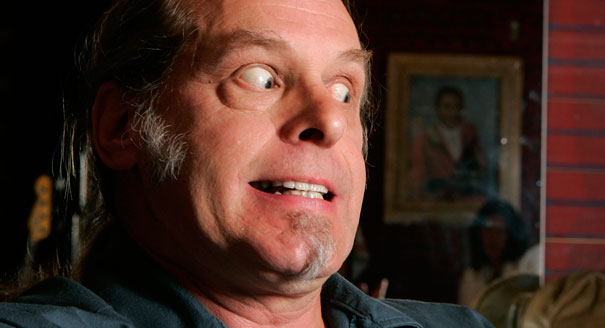 Tickets were slashed from $67 to $5 and the show was still a humiliating failure:

Ted Nugent, who occasionally takes time away from making racist and anti-Semitic statements to play music, failed to draw much of a crowd at a Friday night concert, driving the promoters to end “Laconiafest” in New Hampshire a day early, the Laconia Daily Sun reports.

According to Ultimate Classic Rock, Friday night was the kick-off Nugent’s summer 2016 Sonic Baptizm tour. He gave the website an interview after the show where he appeared to have a different concept of reality, boasting that it had gone well.

“There sure were a gaggle of beautiful, sexy, skinny gals out there tonight and as always, it is incredibly inspiring to see everybody smiling and dancing to my songs,” he told UCR. “Tonight was an out of the park musical home run! Lucky, lucky me!”