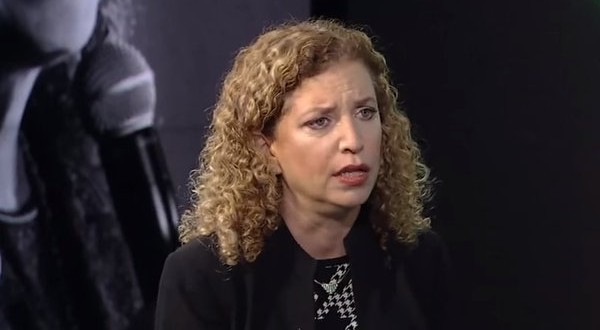 REPORT: Democrats May Force Out Debbie Wasserman Schultz As DNC Chair Over Rift With Bernie Sanders

Democrats on Capitol Hill are discussing whether Rep. Debbie Wasserman Schultz should step down as Democratic National Committee (DNC) chairwoman before the party’s national convention in July.

Democrats backing likely presidential nominee Hillary Clinton worry Wasserman Schultz has become too divisive a figure to unify the party in 2016, which they say is crucial to defeating presumptive GOP nominee Donald Trump in November.

Wasserman Schultz has had an increasingly acrimonious relationship with the party’s other presidential candidate, Bernie Sanders, and his supporters, who argue she has tilted the scales in Clinton’s favor.

“There have been a lot of meetings over the past 48 hours about what color plate do we deliver Debbie Wasserman Schultz’s head on,” said one pro-Clinton Democratic senator.

The lawmaker said senators huddled on the chamber floor last week to talk about Wasserman Schultz’s future and estimated that about a dozen have weighed in during private conversations.

“I don’t see how she can continue to the election. How can she open the convention? Sanders supporters would go nuts,” said the lawmaker, who requested anonymity because of the sensitive nature of the discussions.

Previous MEXICO: 65% Back Gay Marriage In New Poll
Next Trump To Meet With Anti-LGBT Hate Groups