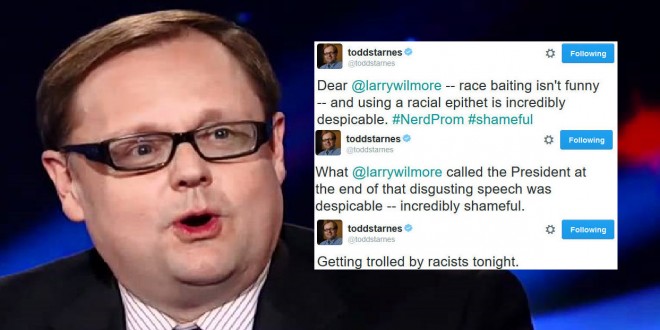 Wingnuts Meltdown Over Larry Wilmore’s Nerd Prom Closing: “Yo, Barry, You Did It, My N*gga” [VIDEO]

Comedy Central’s Larry Wilmore followed President Obama to close last night’s White House Press Correspondents Dinner with a series off jabs against the gathered media bigwigs. While Wilmore’s routine was generally met with tepid laughter or stony silence, especially from his targets at CNN, it was his final message to President Obama that caused gasps across Teabagistan and not a little wincing among some progressives. Breitbart readers are divided between pretend outrage and glee at having been given “permission” to freely direct the n-word towards the president. Not that they’ve held back on doing so in the past.