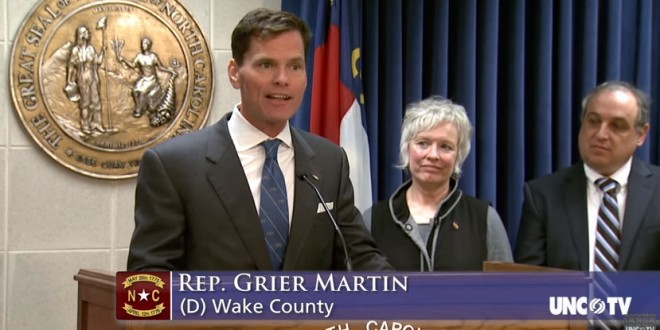 On Monday morning, Representatives Darren Jackson, Graig Meyer, Susi Hamilton, and Grier Martin will file a bill to repeal House Bill 2 (Public Facilities Privacy Act) in its entirety. As part of this effort, the four Representatives will hold a joint press conference on Monday at 11:00 am in the NCGA pressroom to further explain beginning the effort to repeal House Bill 2.

“The damage to NC’s reputation and economy has been swift and is growing exponentially. House Bill 2 is bad for all NC citizens and it is bad for all NC businesses.” This, according to a press release sent out by the North Carolina Democratic Party. This press conference will be open to all media as well as the general public.

As the legislature arrives in Raleigh Monday for its short session, we have one important message: Rescind House Bill 2. Rescind it for financial, legal and moral reasons. Throw it away and forget about it. Act like this embarrassment never existed.

Major corporations have withdrawn their investments in North Carolina because of HB2 and threaten to withdraw more. They would prefer to do business in states that welcome and treat everyone with respect. HB2 does the opposite. Hundreds of millions of dollars and thousands of jobs are at stake.  Rescind it.

HB2 has become the poster child for government overreach, initially promoted as a response to a city bill about bathroom usage, then morphing to impede civil rights, citizens’ access to state courts and cities’ and counties’ ability to regulate their own affairs. Rescind it.