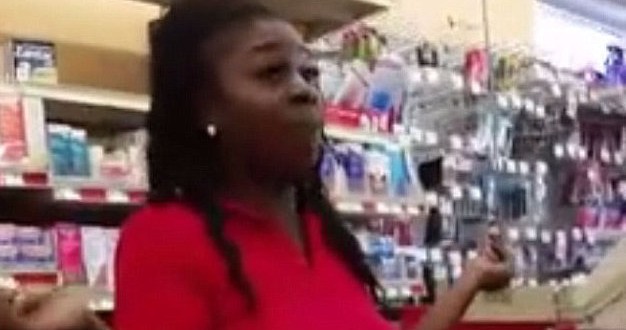 From the New Orleans Times-Picayune:

A woman who overheard a cashier at a New Orleans Family Dollar store loudly expressing homophobic sentiments to customers with a “hateful passion” said she was denied service after she identified herself as gay and asked the cashier to stop. Videos recorded by Melissa Langford, 34, capture the moments after her initial confrontation as the cashier clashed with another customer who defended her.

“My mind was blown. I couldn’t believe the things I was hearing this woman say,” Langford said when reached by telephone Sunday. “It’s one thing if it was a customer in line being ignorant with her friends, but this is the cashier.”

In her Facebook post published later that evening, Langford described hearing the cashier say she hates gay people, that they’ve got something “wrong in the head,” and she had the right to refuse service to anyone.

“I started to writhe away internally. I wanted to cry right then and there…” Langford wrote. “Y’all didn’t hear the hateful passion in her voice.” When Langford could take no more, she said she told the cashier, “Excuse me, I happen to be very, very gay, and you’re really offending me.”

Langford said she told the woman she was free to her opinions but asked her to keep them to herself. The cashier said she didn’t have to deal with Langford. At that point a male customer called the cashier’s views ignorant, Langford said. He can be seen in the white tank top in the video.

New Orleans prohibits discrimination on the basis of sexual orientation or gender identity. No such protections exist statewide in Louisiana. The anti-LGBT group Faith Driven Consumer gives Family Dollar their four-star rating, which “indicates a corporate stance oriented toward the biblical teaching on sexuality, marriage and family.”