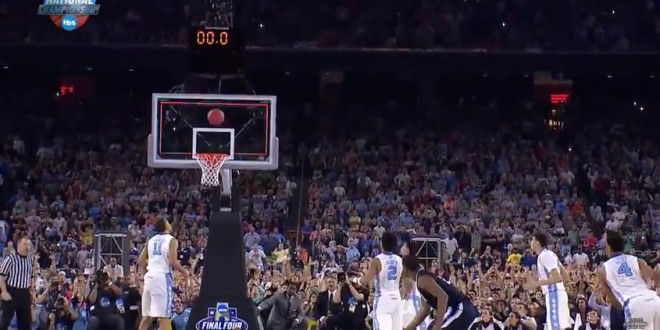 North Carolina Gov. Pat McCrory and hate group leaders have been bragging for days about the NCAA keeping their basketball championship tournament in Houston despite that city’s repeal of its pro-trans ordinance. Tonight they have less to laugh about. Via the New York Times:

It was the Wildcats’ first championship since its memorable run as a No. 8 seed in 1985, which culminated with a win over Georgetown as one of the tournament’s greatest upsets.

This year, Villanova was a No. 2 seed out of the Midwest region, but the team peaked as the season wore on. After defeating Oklahoma on Saturday by a Final Four-record 44 points, the Wildcats continued their impressive play Monday against a top-seeded North Carolina team seeking its first championship since 2009.