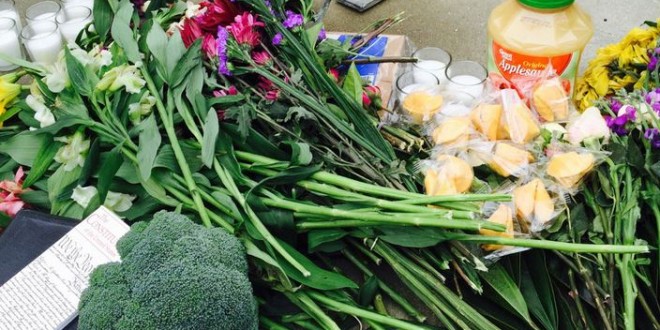 I suppose there was no way to leave a pile of jiggery-pokery:

Jars of applesauce and bouquets of broccoli were left on the steps of the Supreme Court on Friday as part of a makeshift memorial for the late Justice Antonin Scalia. The unusual items became symbols of the ObamaCare debate following colorful comments from Scalia, who was the court’s leading conservative.

And in 2012, during oral arguments in the first case challenging the healthcare law, Scalia questioned whether the administration could force people to buy broccoli if it required people to have health insurance.

Previous When You Find Out Obama Can’t Run Again
Next NEVADA: State Democratic Party Threatens To Prosecute Anybody Who Votes In Both Party Caucuses