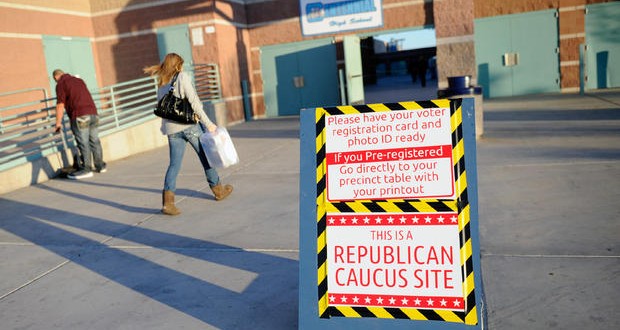 NEVADA: State Democratic Party Threatens To Prosecute Anybody Who Votes In Both Party Caucuses

Yesterday several sites reported that a Nevada Republican group was encouraging members to vote against Hillary Clinton in the Democratic caucus on Saturday and then also vote in the GOP caucus on Tuesday. Today the Nevada State Democratic Party reacted by promising to prosecute voters who “violate the integrity of the caucus process.” From The Hill:

“After reviewing Nevada law, we believe that registering under false pretenses in order to participate in the Democratic caucuses for purposes of manipulating the presidential nominating process is a felony,” Nevada Democratic Chairwoman Roberta Lange said in a statement.

“The Nevada State Democratic Party will work with law enforcement to prosecute anyone who falsely registers as a Democrat to caucus tomorrow and subsequently participates in the Republican caucuses on Tuesday.”

On Thursday, a College Republicans chapter at University of Nevada, Reno, encouraged its members to exploit a loophole that allows voters to switch party allegiance in time to participate in both party’s caucuses.

The Republican group claims that voting in both caucuses in legal.