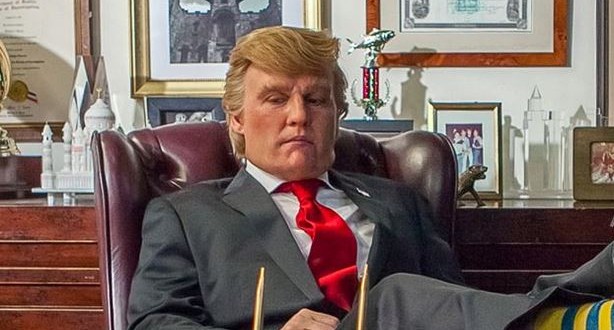 CNN set up the clip:

Johnny Depp is no stranger to outlandish film roles, but he has never tried his hand — or hair — at newly crowned New Hampshire GOP primary winner Donald Trump. Until now. Presented by the comedy site “Funny or Die,” the actor stars in a nearly hour-long spoof called “Funny or Die Presents Donald Trump’s The Art of the Deal: The Movie.” Depp plays Trump alongside an impressive slate of Hollywood regulars, including Ron Howard and Patton Oswalt. The movie is presented as a lost classic, with Howard explaining in the opening scene that its initial planned airing in 1988 was pre-empted by “Monday Night Football,” then “thought to be lost in the Cybill Shepherd blouse fire of 1989,” before “last summer, when it turned up at a yard sale outside Phoenix, Arizona.”

Funny Or Die Presents Donald Trump’s The Art Of The Deal: The Movie from Funny Or Die
Share