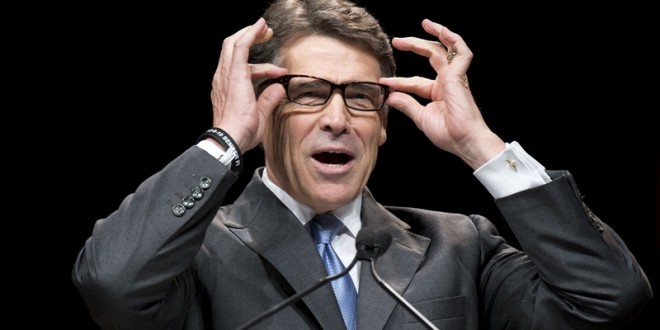 This is a game-changer, said nobody. Via Politico:

“Of those individuals who have a chance to win the Republican primary, at this juncture, from my perspective, Ted Cruz is by far the most consistent conservative in that crowd,” Perry said. “And that appears to be down to two people.”

Perry, who is famously skilled at retail politics, will campaign with Cruz Tuesday across Iowa, and will join Iowa GOP Rep. Steve King to stump for Cruz again Wednesday. Perry and King will both join Cruz at a Des Moines rally Wednesday night.

The endorsement gives Cruz the blessing of the longest-serving governor in Texas history, just as the senator faces intensifying heat from other veteran politicians, including from his colleagues in Washington, Iowa Gov. Terry Branstad and former Senate Majority Leader Bob Dole.