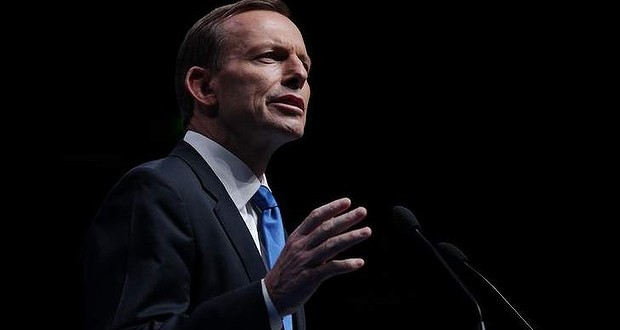 Tony Abbott will address a far-right Christian group in the United States which lobbies against same-sex marriage and abortion. The former prime minister is travelling to the US this week to address the Alliance Defending Freedom, according to Fairfax Media.

The group has been heavily involved in fighting the legalisation of same-sex marriage in the US and most recently has been campaigning against Planned Parenthood accusing it of being involved in “the gruesome baby parts trade”.

Abbott is reportedly giving a speech on “the importance of family”. “I have been heartened by the support and encouragement I’ve received to continue to serve the country as a member of parliament,” he said in a statement posted on his website on Sunday night.

The Alliance Defending Freedom funds attorneys to fight in court in cases involving same-sex marriage and abortion. The group, established in 1994, initially helped fund attorneys for people who needed them in such cases but in recent years has begun initiating the litigations.

More from the Sydney Morning Herald:

The speech comes as the primary race for the presidential nomination approaches fever pitch, with contenders on the Republican side scrambling to secure the overwhelmingly Christian “Tea Party” base.

With Craig Osten, Sears argued that America’s growing tolerance of homosexuality was being achieved through the indoctrination of children, tacit support of corporate America, and through “positive” television depictions of alternative family structures.

The ADF has attracted trenchant criticism from the left for opposing “tolerance training” for schools aimed at reducing bullying of LGBTI students. Instead, it proposed “truth days”, in which homosexual behaviour was openly discussed as sinful.