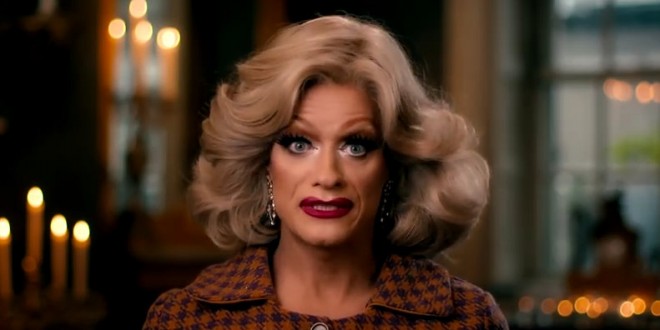 Yesterday Queen Elizabeth issued her holiday message. Today we get a holiday message from Ireland’s monarch, Queen Panti Bliss, which was delivered via the national broadcaster, RTE.  The Independent reports:

The Queen of Ireland, Panti Bliss, has delivered a rousing alternative Christmas Day Message to rival the Queen of England’s annual message. Panti’s ten minute speech called on the nation to extend the impulse for change which preceded the Yes vote in the marriage referendum to other segments of society which require support.

Speaking about the referendum in May this year, Panti said, “For some of us, me included, we were being asked to finally decide, forty years after a few brave men and women first asked, whether or not LGBT people are full and equal members of this society and deserving of the same respect as everyone else.

“But others didn’t see it that way. They felt we were being asked to change a fundamental social institution that they cherish and admire, and they worried that changing it might weaken or even ruin it.”