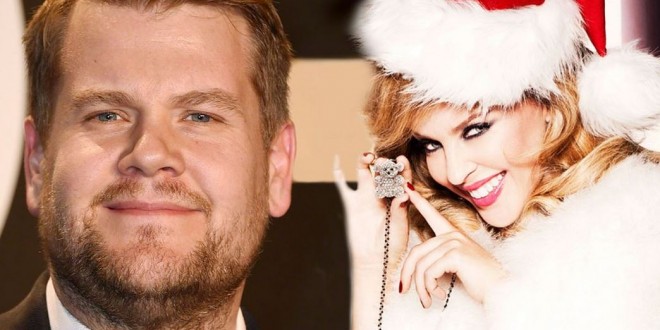 The first single off Kylie Christmas is a duet with Late Late Show host James Corden on a cover of Yazoo’s 1982 classic, which reached #2 in the UK with the dance smash Situation as the B-side. Erasure’s Vince Clark wrote the track while with Depeche Mode, but didn’t record it until leaving the band to form Yazoo with Alison Moyet.

In 1983 the Flying Pickets took the track to #1 for five weeks with a mostly a capella version that some (but not me) consider superior to the original. Many covers have since followed, including a 1997 take by Enrique Iglesias, which spent ten weeks atop Billboard’s Hot Latin Tracks chart.

In 2008 Yazoo reformed for a reunion tour and at their Terminal 5 show in Manhattan, dozens of gay fans near the stage held up red paper hearts during Only You, causing Alison Moyet to become a bit choked up. One of my favorite concert moments ever. Today’s version from Kylie and Corden is quite faithful to the original.

Previous TEASER: The Wiz Live!
Next A Little Respect: 30 Years Of Erasure [AUDIO]