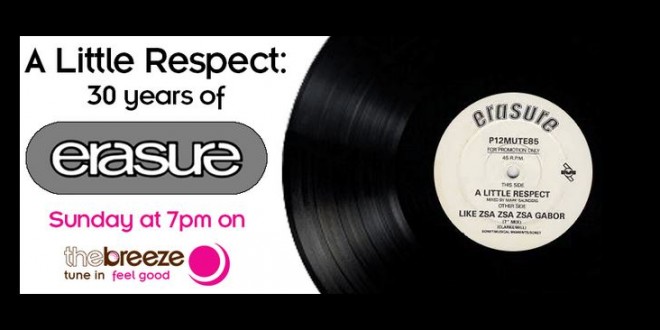 In our second bit of Vince Clark-related news this morning, yesterday Erasure celebrated its 30th anniversary with a commemorative show broadcast on dozens of British radio stations. Interview subjects include members of OMD and Heaven 17, Mute Records founder Daniel Miller, and of course both Clark and Andy Bell. The show catalogs the band’s creation and takes you through the next three decades of chart smashes. To date Erasure has landed 25 singles in the British Top 20 and many dance hits on the US charts. Listen at the link. Last month the band released a deluxe 3-CD greatest hits package. Previous Kylie Minogue & James Corden – Only You [AUDIO]
Next Death To Gays Pastor: LGBT Abominations Are Worse Than Tyranny Of King George [VIDEO]